You can read any update log till November 2015. Older update logs can be read on the forum thread of ISM on planetminecraft.com. -smaller improvements for ISM for Minecraft 1.9

-new: updated German translation for the latest structures
-new: saves NBT data of beacon, brewing stand, chests, command block, comparator, dispenser, dropper, flower pot, furnace, hopper, jukebox, note block, sign and skull
-improved: replaced sand with sandstone and gravel with stone on the lowest level of structures
-therefore sand and gravel doesn’t fall down
-improved: removed unnecessary blocks from all structures
-improved: counted all blocks of all structures again
-improved: uses smaller expression for the same amount of blocks
-improved: can not place blocks on top of the BlockArea blocks
-overworked: opens the read window much faster when many structure files are stored in the /minecraft/mods/ism/str-folder
-overworked: memory consumption is broken down more quickly after a structure has been placed

-new: place beds, tall flowers and doors
-new: Portuguese and therefore Brazilian translation
-improved: an error by creating a new creator with url
-improved: structure and creator name weren’t not displayed completely on the reader window after selecting a new structure
-improved: can not placed sand, water and blocks that provide light correctly
-improved: ISM used item names that could caused crashes in other mods and weren’t accordant to the item name convention
-item names are now smaller
-improved: add decimal mark to detail view on a structure
-overworked: places some kinds of blocks faster
-overworked: improvements in reading blocks to place
-overworked: darker background in the update window 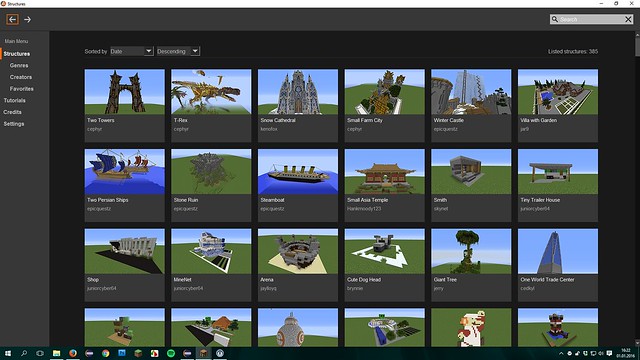 I have a small announcement. The deals with the updates of Minecraft and the resulting expense for the modding community apart.

There new (larger) Minecraft versions are published repeatedly. That’s a good thing for the community and a curse for every modder.

Minecraft 1.7.10 was released exactly 1 1/2 years ago, and 1.8 a few months later. Minecraft 1.7.10 is therefore a very long time is no longer the latest version. Nevertheless, the ISM Version 1.7.10 makes 50% of the downloads for Minecraft. In other modders will be similar!

There is always a lot of work to keep both versions up to date. It is programmed something new in version 1.8 and it must then porting for 1.7.10.
The Minecraft code of each release is fundamentally different from all others. This makes porting more difficult. It is a tedious task that involves many difficulties. So one must ensure that the same changes are made in two versions. The functioning of the mods to be checked in both versions.

After that, both versions must be compiled and uploaded.

Now Forge for Minecraft 1.8.8 has been released. I was then repeatedly written, urged to publish ISM for Minecraft 1.8.8. Luckily 1.8.8 only “few” changes. This is porting easier, a bit faster and less error prone to 1.8 version.
Now 3 versions must be compiled and uploaded.

Minecraft 1.9 will also be released soon. Minecraft 1.9 will contain not only bug fixes, but also add new content (as you will be aware). Therefore also an incredible number of changes in the source code will be. Names of classes, interfaces, and methods will be changed to hundreds. Many modders will have to invest many nights into it to find the method name of the 1.8 matching the 1.9 version.
I had tried my Star Wars Mod from 1.7.10 to upgrade to 1.8. Mojang
had all methods and class name changed, which are required to bring a
new dimension (the Nether or the End is one dimension) to create. For me, that was then called out again, how to create a new dimension for Minecraft 1.8. Hours of useless work. Ultimately, it meant that I lost the joy of programming for my Star Wars Mod.
One reason why some mods will not be further developed.

If Minecraft 1.9 will have to provide up to 4 versions modders. Time in the new content and far-reaching improvements could be developed.

Perhaps the download numbers of ISM will look this way: 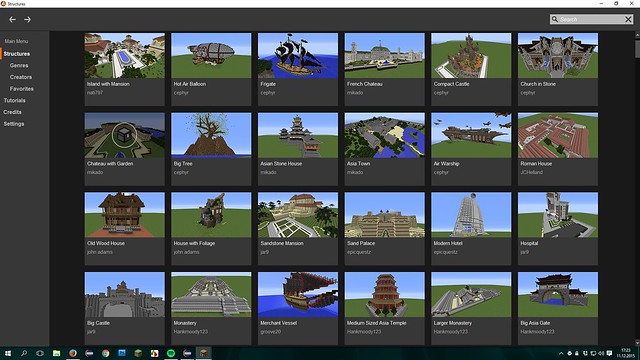 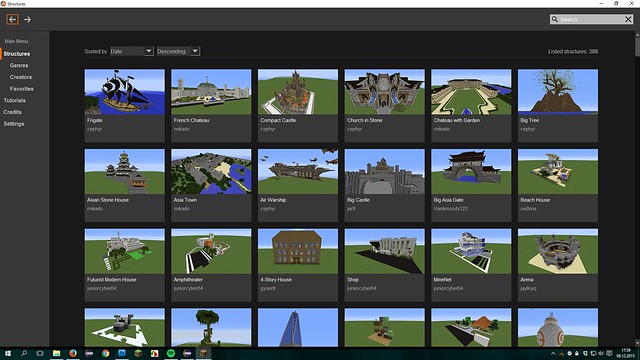 This and the last updates the calm before the storm
* -new: added Castle genre and tab
* -new: warning when a structure file already exist in the folder minecraft/mods/ism/structure
*     -older structure files can not be replaced
* -improved: placed sandstone stair in a wrong direction
* -improved: the red and green block where not placed when the bounding box has a height of 1
*     -revamped: placing bounding box algorithm
*     -new: scan only on a height of 1
* -improved: ISM sometimes crashes when placing structures while using mac os x
* -improved: can not place large structures
* -improved: bug that caused same blocks with different meta were placed wrong
* -overworked: added textures to reader-, wiki- and tool item for Minecraft 1.7.10
* -overworked: removed chat messages
* -overwroked: added translation of chat messages for scanning a structure

* -improved: adding a creator or open the scanner window caused a crash
* -improved: places the bounding box cornes on the correct position
* -improved: added a better english translation for the new dialogs
* -improved: after changing a language the structure names were not updated
* -improved: reader frame structures information were not displayed correctly after selecting a new structure
* -improved: foundation frame title was missing

An update log to a tremendous Instant Structures Mod update.

Your sponsorship could be linked here. Contact me for more information.